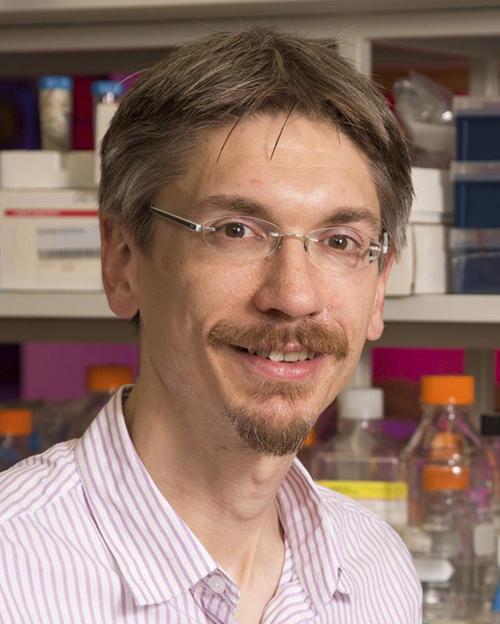 The biology of synapses, the cellular structures that connect neurons into networks, and how they are supported by bioactive dietary compounds

Thomas Biederer received his PhD in Cell Biology from the Humboldt-Universität zu Berlin, Germany. He pursued postdoctoral training at the UT Southwestern Medical Center at Dallas to investigate synapse formation. Dr. Biederer started his research group in 2003 as faculty member at Yale University, was 2013-2019 at Tufts University, and joined the Yale faculty again in 2019. Since 2021, he holds a position as Senior Scientist at the HNRCA to advance nutritional neuroscience and investigate the effects of bioactive dietary compounds on synaptic connectivity.

Dr. Biederer’s multidisciplinary research focuses on the biology of synapses, the cellular structures that connect neurons into networks. His long-term goals are to define how synapses form and are maintained, understand their roles in cognition, and investigate the profound disease relevance of synaptic aberrations. Attaining these goals is important for human aging as synapse density is reduced when brains become older. Pronounced synapse loss occurs in neurodegenerative disorders, and this reduced neuronal connectivity is linked to cognitive impairments.

Progress from the Biederer group is providing insights into synapse organizing mechanisms. His group has also provided strong support that dietary micronutrients modify synapse number, structure, and function. Our laboratory at the HNRCA will investigate nutritional compounds that support neuronal connectivity in the aging brain. This can be instrumental in increasing the ‘mindspan’, the period during which cognitive ability is maintained during aging.